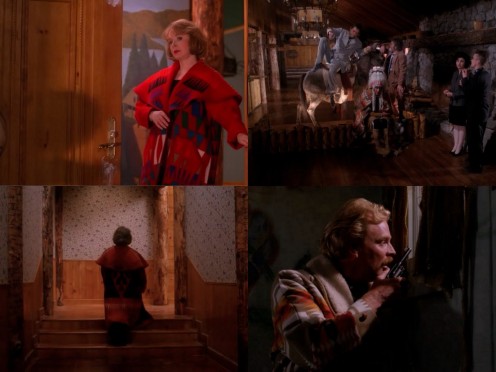 Yes, there’s a new one, but this is the old one. It arrived with muted fanfare and a creepy score by Angelo Badalamenti. Twin Peaks, that is. With its overhung skies, tall trees and abundant Pendleton clothing, it briefly took the national psyche by storm. It also stormed right to the top of the Nielsen ratings. Remember those? Well, that’s okay. Nielsen ratings used to mean a little more than they do now.

Twin Peaks was a phenomenon. We all wandered around the day after an episode, confused and asking each other, who were these people? What happened to Laura Palmer? Was that really the blonde chick from Mod Squad? And exactly why was that lady carrying around that log?

We’d like to give you a little tour of Twin Peaks territory, especially the Pendleton aspects.

Let’s start with Audrey, because Audrey was so…timeless. Oh Audrey, your nature was obvious. Your taste in men was terrible. But your taste in skirts was impeccable. 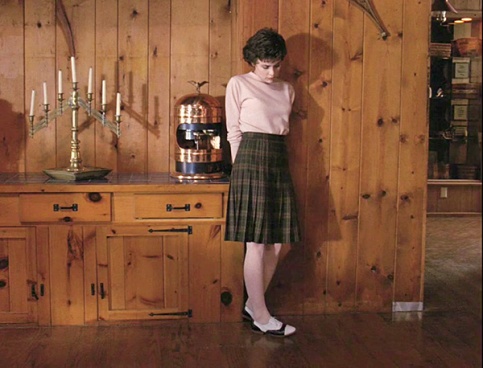 For reasons no one understood, even though the show was set in the late eighties, Audrey wore a 1950s bad girl ensemble of sweaters and reversible Pendleton skirts. No one complained. No one at all. 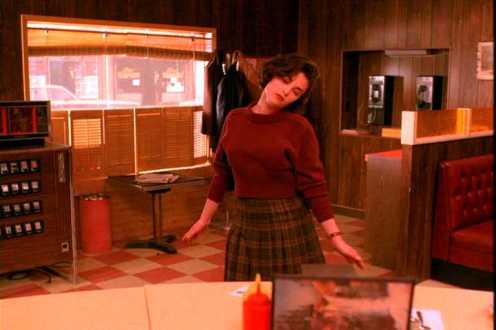 Audrey, we were never sure why you were dancing. Or really sure why we were watching. But you always held our attention.

Not much happened in the diner, but it was clearly the heart of the town. 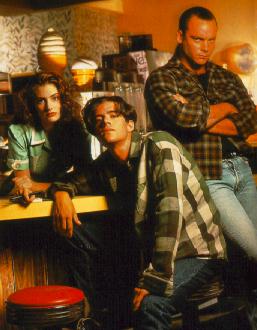 One of our favorite shots. Leo, Shelly, Bobby. Leo’s bad attitude is just barely contained by his vintage Pendleton shirts. 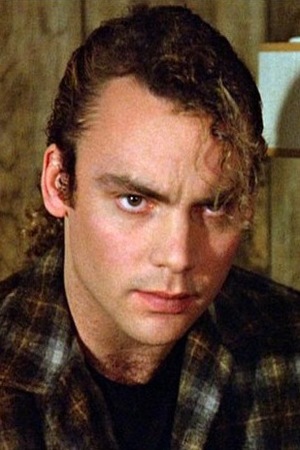 Bobby was bad, and the shirt, well, it was badder, man. His hair is a little extreme, but the Pendleton shirt is on point.

Again, the nineties never arrived in Twin Peaks. The bad boys were Brando-esque, and the bad girls seemed more tired than wild.

But the good guys liked plaid, too. Agent Dale Cooper was straight arrow upon his arrival, but soon he was blending in with the locals in his fine Pendleton shirt. And he was impressed by the local coffee, as we recall.

We were contacted by the costumers for the new show about this particular jacket, worn by Sheriff Harry S. Truman. It was a vintage Pendleton, and they were hoping we had one in our archives. Sadly, we did not.

Men, mystery, and wool shirts. But even in Twin Peaks, men’s shirts were not safe from girls who insisted on stealing them. 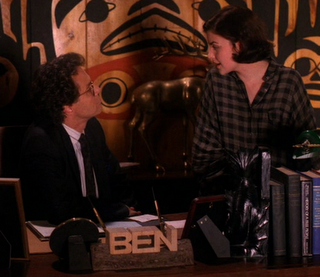 Mr. David Lynch, the twisted mind behind the show, rocking his own plaid.

But when we hear that music, we will always think of plaid shirts, tall trees, misty skies and a damn good cup of Joe.

Thanks to Miss Arrow for the collage; read her post here.