In the early 1960s, a group called The Pendletones adopted their name in honor of the surf uniform of the day: Pendleton shirts worn over tee shirts with khakis. The original lineup included brothers Brian, Dennis and Carl Wilson, their cousin Mike Love, and friend Al Jardine.

The Pendletones soon changed their name to the Beach Boys (learn more about them here: (the Beach Boys) Even though only one member of the group had ever been on a surfboard, they sang about the California surfing scene; waves, sunshine, cars and girls. This might have been simple subject matter, but layered instrumentation and soaring harmonies made these songs anything but simple. Under the unique artistic leadership of Brian Wilson, the Beach Boys defined surf music. And though their name changed, their uniform didn’t. The band wore this blue and charcoal plaid shirt on the covers of 45s and LPs throughout the early 1960s.

The Beach Boys’ Pendleton shirts were part an existing trend. When surfing came to California in the late 1950s, surfers devised performance wear: swim trunks and plaid Pendleton shirts over a layer of Vaseline. Surfers wore the same shirts over light pants on the shore, and a fashion trend was born.

This look hit the radio airwaves courtesy of the Majorettes, whose song, “White Levis” became a number one hit in 1963. As the lyrics said, “My boyfriend’s always wearin’ white Levi’s…and his tennis shoes and his surfin’ hat and a big plaid Pendleton shirt.” 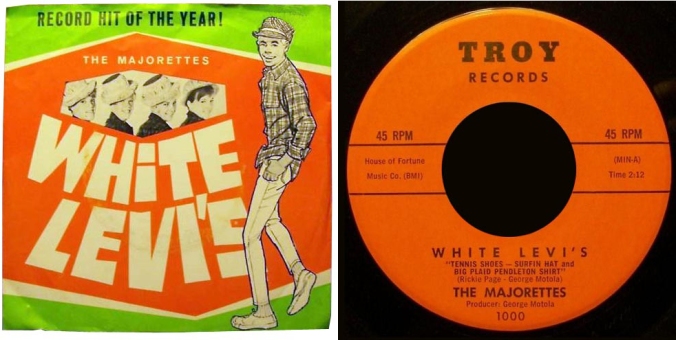 That’s a Pendleton shirt  cover of that 45, even though they named the song after the pants. You can give it a listen here, and don’t be surprised if you start singing along.  But let’s get back to the shirt made so popular by the Beach Boys.

In 2002, Pendleton celebrated eight decades of Pendleton shirts by bringing back iconic shirts from each decade. To celebrate the 1960s, we brought back the Board Shirt in the same plaid seen on all those record covers. We call it the Original Surf Plaid.

The shirt has stayed in the line ever since.

We’ve used it in caps, hats, bags and jackets. It’s still made in the original 100% virgin Umatilla wool as it was back then. 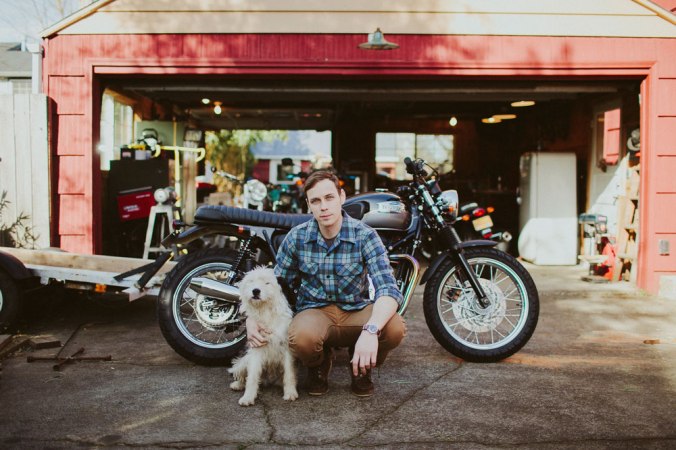 There’s some discussion now and then in Pendleton’s Menswear division about which is our most enduring men’s item of all time. Some say it’s the Topster, the shirt jacket that defined collegiate wear in the 1950s and 60s. Some say it’s the Original Westerley cardigan worn by the Dude in “The Big Lebowski.” 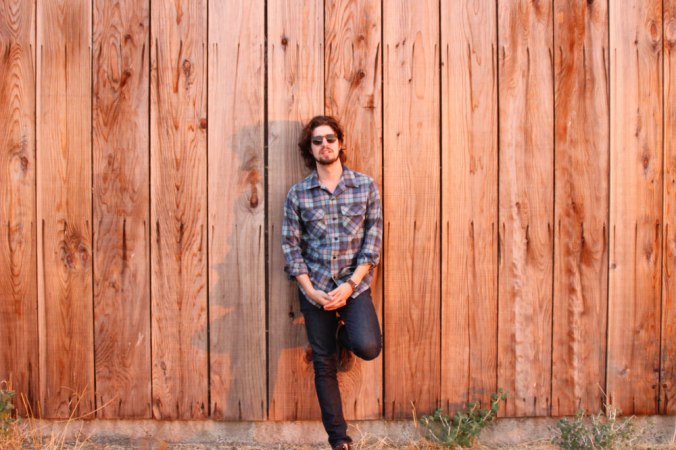 Others claim the honor for the Board Shirt. We’ll let you decide. 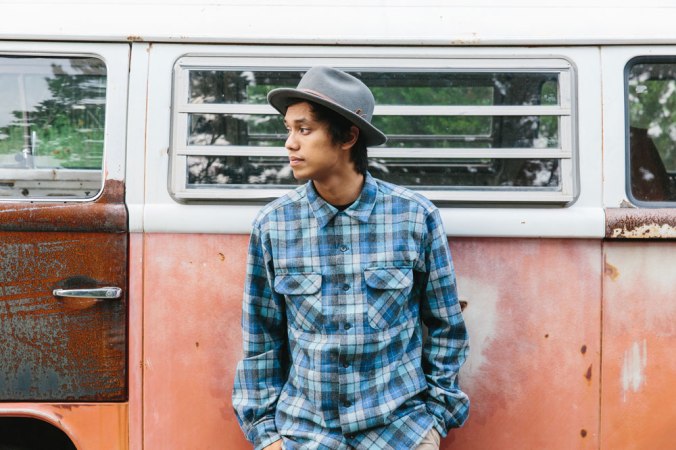 No matter where you are, or what’s the weather, this piece of the sunny California surf scene will take you to the waves.

Japan is talking about Pendleton.

What is Popeye saying about us? As usual with Japanese PR, we have only a vague idea of what’s been written, here. We do know these travel spreads are alive with enthusiasm and full of Pendleton. Our Reyn Spooner Kloth shirts are shown, as well as the Surf madras shirts , and towels, and muchacho blankets, and hey, that’s our CEO, Mark Korros, relaxing at the Pendleton Home Store!

Our favorite is this shot with the Original Surf Plaid Board Shirt as worn by the Beach Boys way back when.

Thanks to POPEYE for the visit and for the press. All photos are used with permission.

The Boys in the Band

Filming has wrapped on “Love and Mercy,” the upcoming Brian Wilson biopic. The costume department came to us for–you guessed it–many, many of the Beach Boy Plaid board shirts worn Brian and the Boys on the cover of Surfer Girl and various 45s. Remember, before they were the Beach boys, they were the Pendletones.

The movie won’t be out until next year, but we thought you’d enjoy these shots from filming, shared with us by the production company and used with permission.