Are you gearing up to celebrate America’s birthday this weekend? We hope you’re celebrating the good old-fashioned way, with cookouts, picnics, sparklers and family fun. We will celebrate with two very patriotic blankets; Dawn’s Early Light and Brave Star. 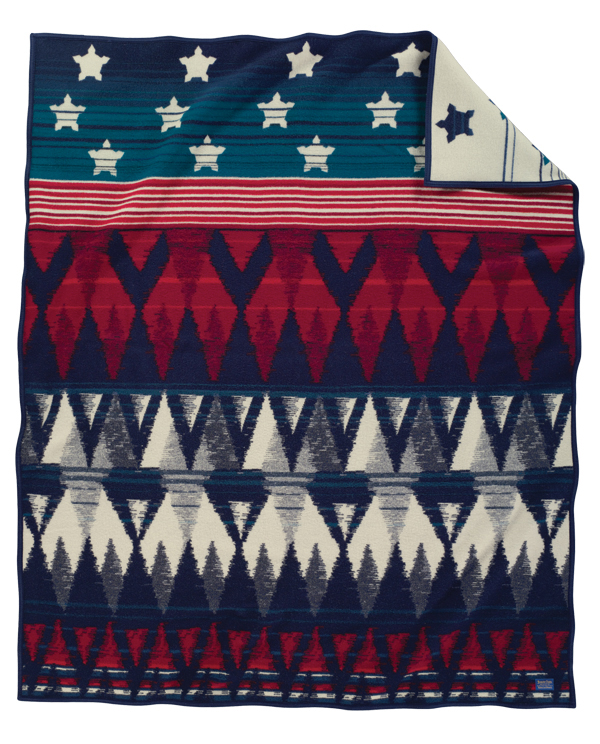 “O say can you see by the dawn’s early light.” These words were penned on the back of an envelope in 1814 by young lawyer and poet Francis Scott Key. Key was held captive on a Royal Navy ship as British ships in Chesapeake Bay bombarded Fort McHenry throughout the night. When dawn broke, the fort was still standing, the American flag still waving. It was a turning point in the war of 1812, and the birth of our national anthem, the “Star Spangled Banner.” This blanket, woven in our American mills, commemorates the Bicentennial of that momentous morning in U.S. history. Fifteen red and white stripes and stars represent those on the flag at that time. Each star is shaped like an aerial view of the fort, which was built in the shape of a five-pointed star. Striations and imprecise images give the design a vintage Americana look. 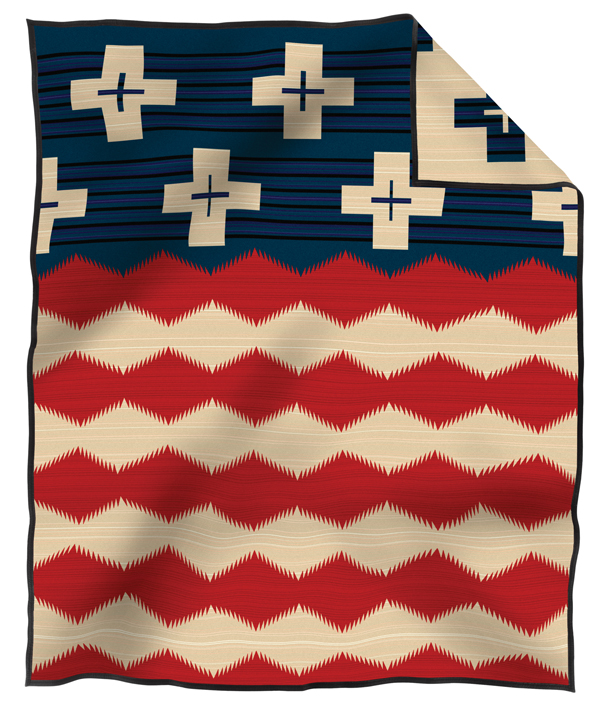 This contemporary interpretation of the American flag celebrates the patriotism of Native Americans. In 1875 Indian scouts carried messages from fort to fort in the West. Native American soldiers saw action with Teddy Roosevelt’s Rough Riders in Cuba. And soldiers from many tribes battled in World War II, Korea, Vietnam, the Persian Gulf and Iraq. Five Native Americans have been awarded the Medal of Honor for bravery “above and beyond the call of duty.” The design marries modern asymmetry and vintage Americana. The unique striations, using pulled out yarns, reflect an era when dyes were made from plants.

Beautiful blankets for our beautiful country.

Now go out and watch some fireworks. 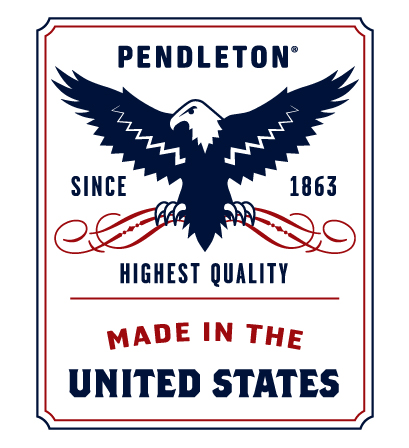