In 2010, Pendleton Woolen Mills introduced our Tribute Series, paying homage to the American mills that thrived during the Golden Age of Trade blankets.

In the early part of the 20th century, Pendleton Woolen Mills was one of five major mills weaving Trade blankets. The Buell Manufacturing Company of St. Joseph, Missouri, incorporated in 1877. St. Joseph was the gateway to a booming Wild West, thanks to homesteading and the Gold Rush. The Buell mill, operated by Norman Buell, his son George, and another partner named John Lemon, was well-run and successful. 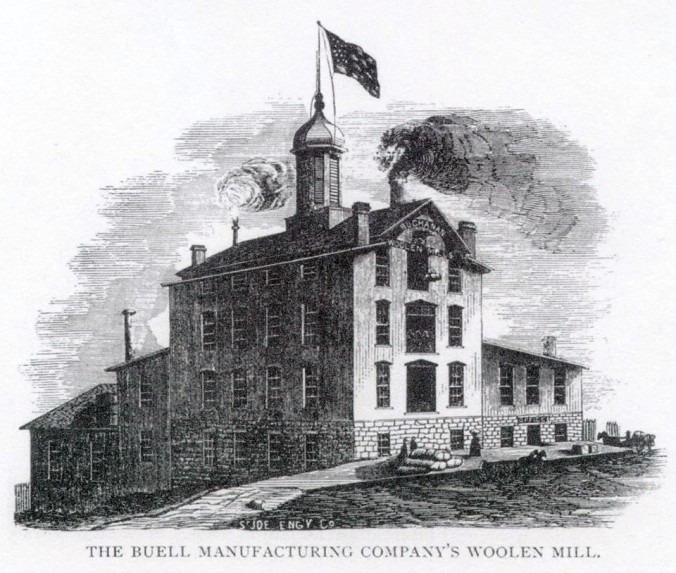 According to the county records of 1904, the Buell Manufacturing employed 175 workers and used more than a million pounds of wool a year. Buell products were sold in every state of the Union (45, to be exact).  Buell products included far more than their Trade blankets. Their colorful designs were only a fraction of the products woven by Buell from 1877 to 1912. Since the Pendleton mill opened in 1909, we were only competitors for three seasons. 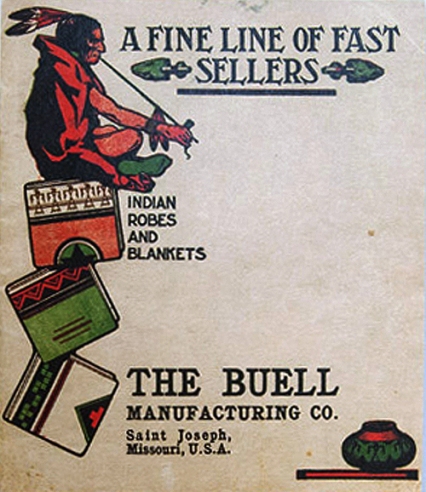 According to our friend Barry Friedman in his book Chasing Rainbows, “The blankets produced by Buell Manufacturing are without question the truest copies of Navajo and Pueblo Indian designs.” The original Buell blanket designs were given tribal names in keeping with America’s romantic view of the west during those years. We’ve included the original names strictly for your information. Please keep in mind that the Buell designs often bore little-to-no resemblance to the weavings of that particular tribe.  Our re-weavings of these blankets are simply named for the original manufacturer, with the number of the blanket in the series.

Buell #6 ( available here ) was originally called the “Choctaw” or the “Spider and Hawk” design.

Buell #5 available here was called the “Winnebago.” Though Buell has a darker palette than many of the other mills producing blankets back in the day, this blanket is an eye-popper.

Buell #4 (retired) was called the “Ojibwa.” Dale Chihuly has one of the originals in his incredible collection of Trade blankets. The banded design of diamonds, stripes, stars and that central sawtooth band is just gorgeous. 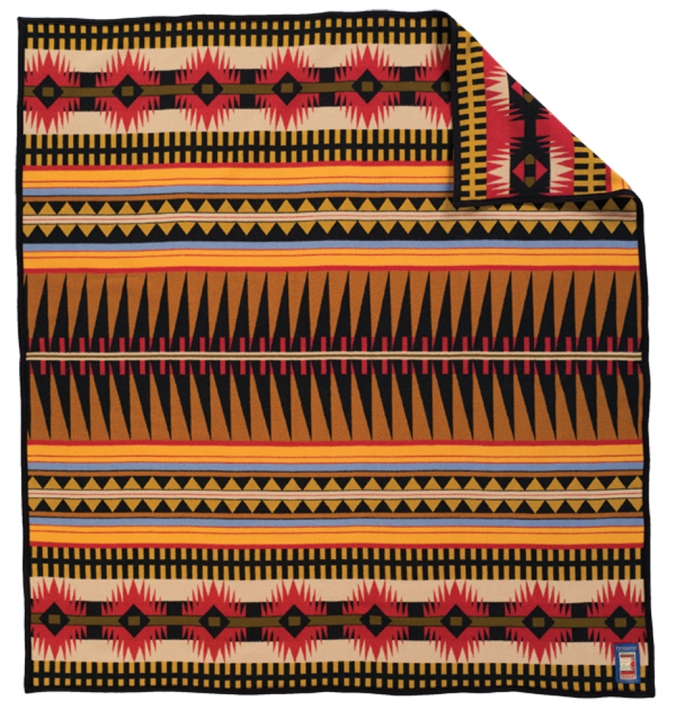 Buell #3 (retired) features a rare pictorial element–bands of Thunderbirds. Buell blankets were generally without any type of representational figures. This banded pattern was known as the “Comanche.”

Buell #2  (retired) is called the “Zuni” pattern in the Buell catalog, but is actually a copy of a Hopi manta according to Barry Friedman (who knows pretty much everything there is to know about Trade blankets).

Buell #1 (retired) is named “Aztec” in the original Buell catalog. It was offered in at least four different color combinations. An example in this coloration is also part of the fabled Chihuly collection of Trade blankets. This blanket was a bestseller in our first year of the Tribute series.

Buell blankets are among the most rare and most sought after by collectors today. This mill actually accomplished a major commercial weaving innovation–the incorporation of a third color in a weaving line. This was beyond the capabilities of Pendleton Woolen Mills at the time, so we tip our hat to the Buell Manufacturing Company of St. Joseph, Missouri. 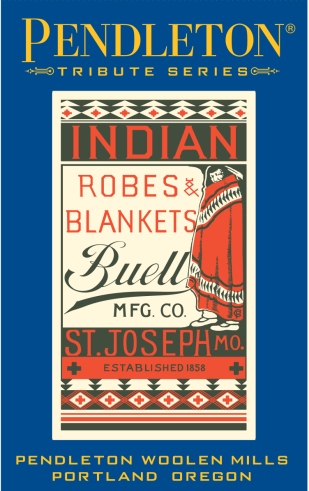 One thought on “Mill Tribute Blankets by Pendleton: The Buell Manufacturing Company of St. Joseph, Missouri”