As much as we dislike half seasons, the decision to spread Mad Men’s last episodes over two years puts off the inevitable, painful farewell to a fascinating show.

We’ve seen Pendleton on Mad Men’s men, in robes and Topsters. Peggy disguised her pregnancy under the waistband of an ever-higher Pendleton reversible skirt–or Turnabout as it was called back then. 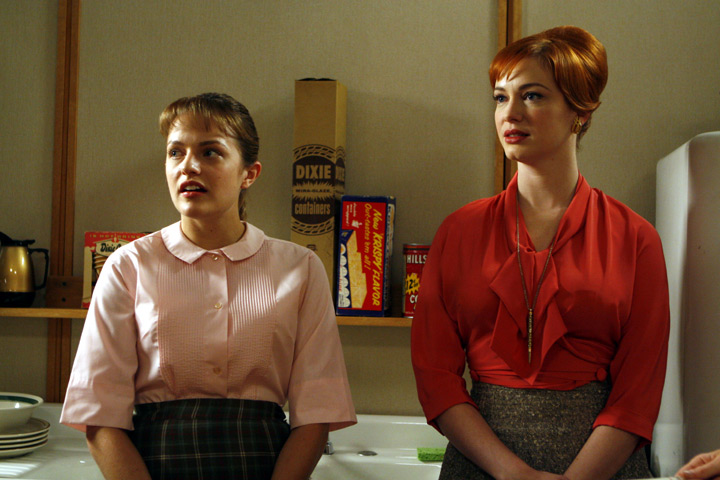 The early seasons captured an iconically Pendleton look. The characters seemed to step right out of a Ted Rand illustration. 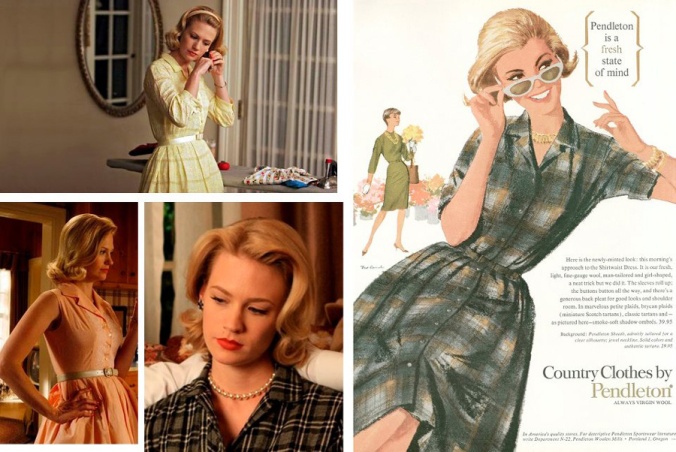 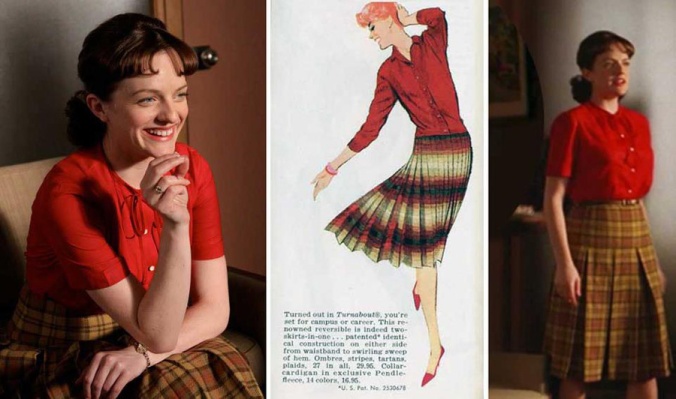 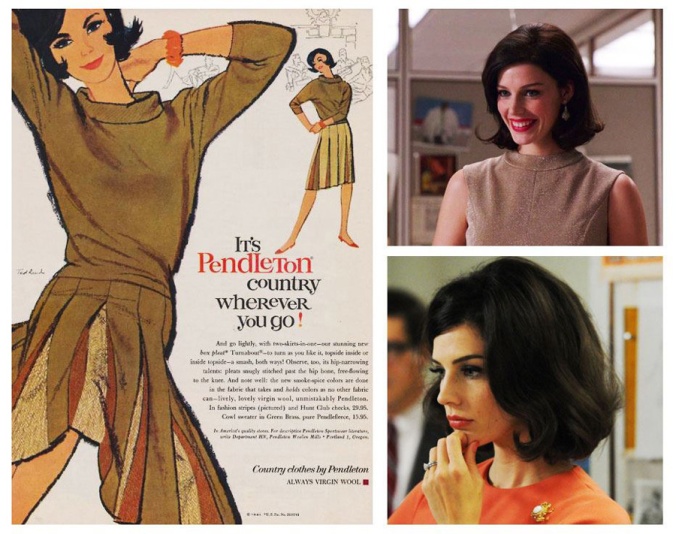 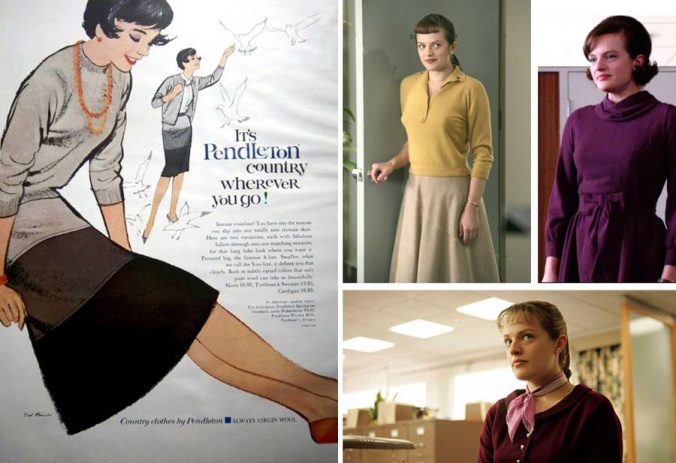 Time has passed in the world of Mad Men, and the characters are wearing miniskirts and bell bottoms. As always, the costumes are pitch-perfect.  And, as always, we will be watching–for just as long as we can.